Look at How My Traffic Jumped After Following Just 3 Steps:

Featured Snippets are just THAT...
FEATURED CONTENT - Above the #1 Position

You're Getting RECOMMENDED by Google... Without Spending a Dime on Ads!

My name is Tony.

In 2013 and 2014, Google dropped a bombshell that sent my money-making sites plummeting down in rankings.

That is... until I cracked the code to bring my sites ABOVE the #1 position.

And I'm about to share this simple, yet powerful strategy on this page.


So, things were rocking along... the websites I spent time and effort on were doing well. They ranked pretty high, and were bringing in some nice, autopilot income after doing the initial work. Life was great.

Then, a change kind of caught me off guard...

With my stats, I saw some traffic fall (dip) but I didn't think too much of it at that moment since that can sometimes happen.

Then, a few days later, I saw that traffic didn't rebound and go back up - stats stayed low.

I had to find out what was going on because I was losing traffic
and MONEY, which really hurt.


I started investigating what was going on...

It took several depressing days to figure it out and it seemed really strange. Google was listing some sites way at the top.

At first, I thought they were paid ads. I thought, "Wow, those people must be paying good money to be featured like that."

But after further investigation, I found out that Google was giving preferential treatment to certain websites - over my websites.

Those websites weren't around more than mine were or anything.

How could this be?

Somehow, those websites were getting MORE space than people were paying for ads. Google just doesn't give things away for free, right?

How were these websites getting up there?

What I finally discovered was those results - above rank #1 were called "Featured Snippets" (first called "Answer Boxes") and they were not paid ads.

I got right to work finding out how to do this myself but it was a mystery...

Why would other sites rank so high and get favored by Google? What are they doing to get there?

There had to be a reason.

I'm not kidding... I worked on solving this mystery for quite a bit. Like an itch you just have to scratch, I had to find the answer.

After much experimentation, trying different things, failing over and over...

I eventually found ideas that WORKED and ones that got me amazing results!

So I focused on them and refined them into 3 simple steps that anybody can follow to create a Featured Snippet, get ranked above position #1, AND bring in more revenue.

No matter which of my websites I applied this to, they started ranking higher...

My websites actually ended up ranking HIGHER than ever before, bringing in more traffic and earnings.

I'm still enjoying high rankings today - here are results from websites I own:

If you use the same methods I do, you also have a chance at becoming a Featured Snippet, getting ongoing free traffic from Google, and bring in more money.

Only the TOP MARKETERS out there know how to become a Featured Snippet and they've been holding back these secrets, hogging all the traffic while you and I struggle to rank.

They enjoy free traffic all the time and for any website they want, but they won't share this secret strategy.

It's time to level the playing field...

Google is Ignoring Your Pages Because You're
Not Following These Three Steps...

You see, you have to give Google what they're looking for.

If you do it exactly like I explain, you have a better chance of being chosen as a Featured Snippet in Google's results ranking ABOVE position #1.

And don't forget, Bing, Yahoo, and other search engines also have snippets... this works there, too.

If you're ready to finally rank high and enjoy free traffic, then...

There are tons of Featured Snippet searches to rank for. In order to rank as one, you need to learn EXACTLY what to do.

My 3-step system practically FORCES Google to choose your website for that Featured Snippet because it's what they're looking for.

Then, pretty soon... you can rank above position #1.

And What's Even Cooler Than Cool...

And more links to your website boost your website's authority even higher, where pretty soon...

...bringing in even more traffic over time.

Here's traffic to a new page that ranks above #1 as a Featured Snippet:

If you're ready to finally get free traffic from Google then...

Here's How to Get Started...

Here’s a small sample of what you’ll discover in this breakthrough system:

We're talking about ranking ABOVE position #1 in Google results in just 3 simple steps.

This type of "closed-door" training should cost $497 EASILY,
but hold on...

But I'm not going to charge that much because I'm tired of only the top marketers knowing these valuable secrets. It's time this strategy is shared with the rest of us.

If you hang on, I'll show you how to get this training for FREE, but first...

To help you even more, I'm adding in these exclusive bonuses...

Exciting Bonuses - Just for You...

Some people (like me) learn visually, so watching can really help. This straight-to-the-point video gives you an over the shoulder view of how I use my 3-step system. It's simple enough already but I want to make sure you get it.

In the video, you'll see first-hand how to:

Bonus #2: How to Boost Authority and Rankings with Free Backlinks

To give your entire website a boost in rankings, I go over what free backlinks to get since Google still does like to see some backlinks as social proof. You get specific links to help you gain an advantage over your competition and become a Featured Snippet, ranking above position #1.

You should know that...

Just applying what's in this bonus alone will help your website rank higher.

Bonus #3: How to Rank Sites for Clients and Earn Monthly Income

If you don't have a website or just want to add some extra, recurring income to your checking account, this book explains how to set yourself up as an agency, and charge monthly fees for local businesses who need to rank higher.

Local businesses will easily pay $550/month at a bare minimum to get these high rankings. If you pick up 10 clients, that's $5,500 per month and you'll only work 1-2 hours/mo per website once you get going.

This book could also easily be a separate product I could sell
on its own but it's INCLUDED in this package.

If you order TODAY, you get the following: 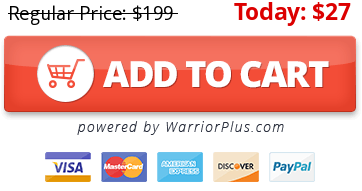 Watch me go through the ENTIRE book... for FREE!

Watch the video for FREE on Rumble
then come back to get the book and ALL the great bonuses!

Because I'm so confident in this training, if you don't immediately feel you got 10 times the value of your small investment, I'll give you your money back within 60 days of your purchase.

Take Advantage of This NOW
and Turn Things Around

What You Do Next Could Determine the Course of Your Business


Either continue struggling to rank high, letting your competition get the better of you

I'm confident if you follow my 3-Step System, your website can also rank high. I back it up with a 60-day, money back guarantee.

You have a few choices:

That’s what most people do - throw money at the problem and hope it goes away.

Or, you could do the smart thing and get the secrets of Featured Snippets for a bargain price - and let Google do the hard work for you.

Getting your website selected as a Featured Snippet is finally how to turn things around with the free traffic you need...

When you’re ready to get ranked above #1 - click the buy button below.

You’ll go through our secure checkout to complete your transaction, customize your options, and you’ll receive your login details within the next 10 minutes.

Questions and Answers, Yo...

- Do you guarantee top rankings?

No, it's up to you to take action on what I present and results may vary since Google and other search engines take many factors into consideration when ranking a web page. If you follow what I teach, you'll have a much better chance of being chosen as a featured snippet or as ranking high.

- Does this work on non-WordPress websites?

Yes, the 3-step system will work on any kind of website. My training favors WordPress websites because they are the most popular but I do explain how to do it if you are not using a WordPress website.

- Do you guarantee any earnings?

No, because your results depend on many factors including you taking action.

- Is this something I can learn on my own without your course?

Yes, but it will take you much more time and effort. I've figured out how to get websites showing as featured snippets and I have packaged the relevant information you need into this book to save you time. I outline the exact steps to use.

No, it is not software of any kind. It's training, which can be used on any kind of website.

- Are there recurring fees?

No, there are no recurring fees of any kind from me.

- Do I need to have a website to use this course?

You can use this on your or website or I show you how to get clients where you can make money doing this on their websites.

Thank you for taking the time to learn about this amazing opportunity.

As with any business, your results may vary. There are no guarantees concerning the level of success you may experience. Any examples used are exceptional results, which do not apply to the average purchaser, and are not intended to represent or guarantee that anyone will achieve the same or similar results.

The use of our information, products and services should be based on your own due diligence and you agree that SimplyOne Marketing LLC and the advertisers / sponsors of this website are not liable for any success or failure of your business that is directly or indirectly related to the purchase and use of our information, products and services reviewed or advertised on this website.